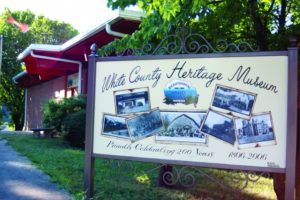 An amazing trove of local history including a special section for the granddaddy of bluegrass, Lester Flatt. Learn about the Revolutionary War Soldier, surveyor, and frontiersman, John White, whom the county is named for.  See artifacts from the many water-wheel powered mills that once operated in the area. Discover the areas involvement in the Civil War from the many gun powder producing salt-peter mines, to the battle of Dug Hill, and the home place of notorious guerrilla Champ Ferguson who became the model character for the movie “The Outlaw Josey Wales.” From 1806 to present, this museum houses many memories of our local heritage.

Imagine a time when it took four days to travel by stagecoach from Nashville to Sparta. A serpentine dirt road was 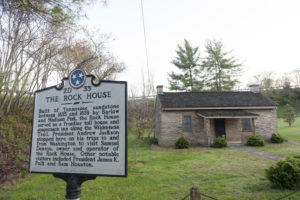 the major artery from east to west and there were only a handful of “inns” along the route. One of the last original stagecoach stops in America still stands in White County, just outside of Sparta. Built to protect the wealthy from highwaymen and other looters, the accommodations were “Spartan” at best. You will particularly enjoy seeing how the building transitioned to a fortress at night. Known to have housed Andrew Jackson, James K. Polk, and Sam Houston over the years, the building is well preserved. Over 90% of the roof is still crowned by the original hand-wrought cedar shingles which are approaching two centuries old. Step back in time. 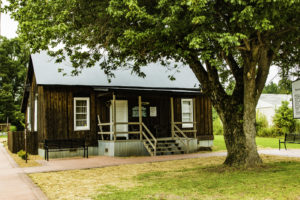 The DeRossett Railroad Section House Museum is an original Nashville, Chattanooga and St. Louis Railway section house that is the only surviving section house in Tennessee.  The house has been restored to its original condition through the efforts of the volunteers of the Bon Air Mountain Historical Society and contains a large collection of artifacts from the coal mining towns of Bon Air, Ravenscroft, Eastland, and Clifty which chronicle the history of the coal mining operations on Bon Air Mountain. It was placed on the National Register of Historic Places by the U.S. Department of the Interior in July, 2011. For more information and hours of operation see:   <MiningOnTheMountain.org>

Ravenscroft Mine and Walking Trail 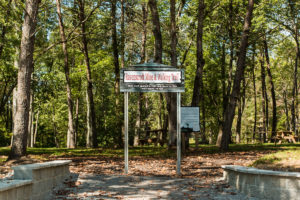 The Ravenscroft coal mining operation survived the longest of the four mining communities and was the only operating mine on Bon Air Mountain when it was officially closed in 1936.

The Ravenscroft Mine and Walking Trail is located approximately two miles from the DeRossett Railroad Section House Museum on the Glade Creek Road.  The walking trail and park features descriptive signage, a walking trail and picnic areas.

The Ravenscroft Walking Trail and Park located at the site of the Peerless Mine in the  Ravenscroft Community is also on the National Register of Historic Places.

Wall of Honor in Veterans Park: 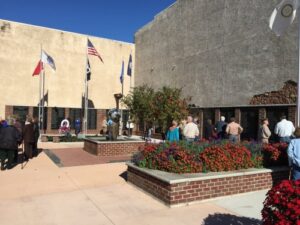 The Rotary Club of Sparta and the City of Sparta have partnered to develop a park in downtown Sparta to honor our military service men and women. This place of honor provides the community not only an area for private reflection, but also gathering place in downtown Sparta.

The Wall of Honor is made from granite panels encased in brick and forms the perimeter on two sides of the park. Any veteran who has resided in White County at some point in their life can have their name engraved on the Wall of Honor.

To have a name included on the Wall of Honor, service verification has to be provided. A copy of a formal discharge certificate or a copy of the DD-214 will provide this verification. Veterans of family members can seek assistance from the local Veterans’ Affairs Office to obtain service verification. A donation of $100 is requested per name to offset the cost of the engraving. Veterans that were killed in action, held as a prisoner of war, or is missing in action will be included on the wall at no charge.

Nestled within the Historic American Legion Building at 5 Liberty Square, is a museum tribute to White Co. Veterans. 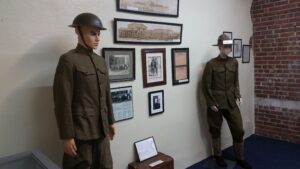 Come and explore the museum with its rich history of uniforms, military items, documents and photographs from WWI to present day. Exhibits include WW I bayonet, WW II Nazi memorabilia, and the Eldridge Collection “Faded Letters”. A collection of letters written by a local soldier to his mother during the Korean War.
By visiting and sharing this experience with family and friends, you will pass on the history and honor the memories of those who have served our country.